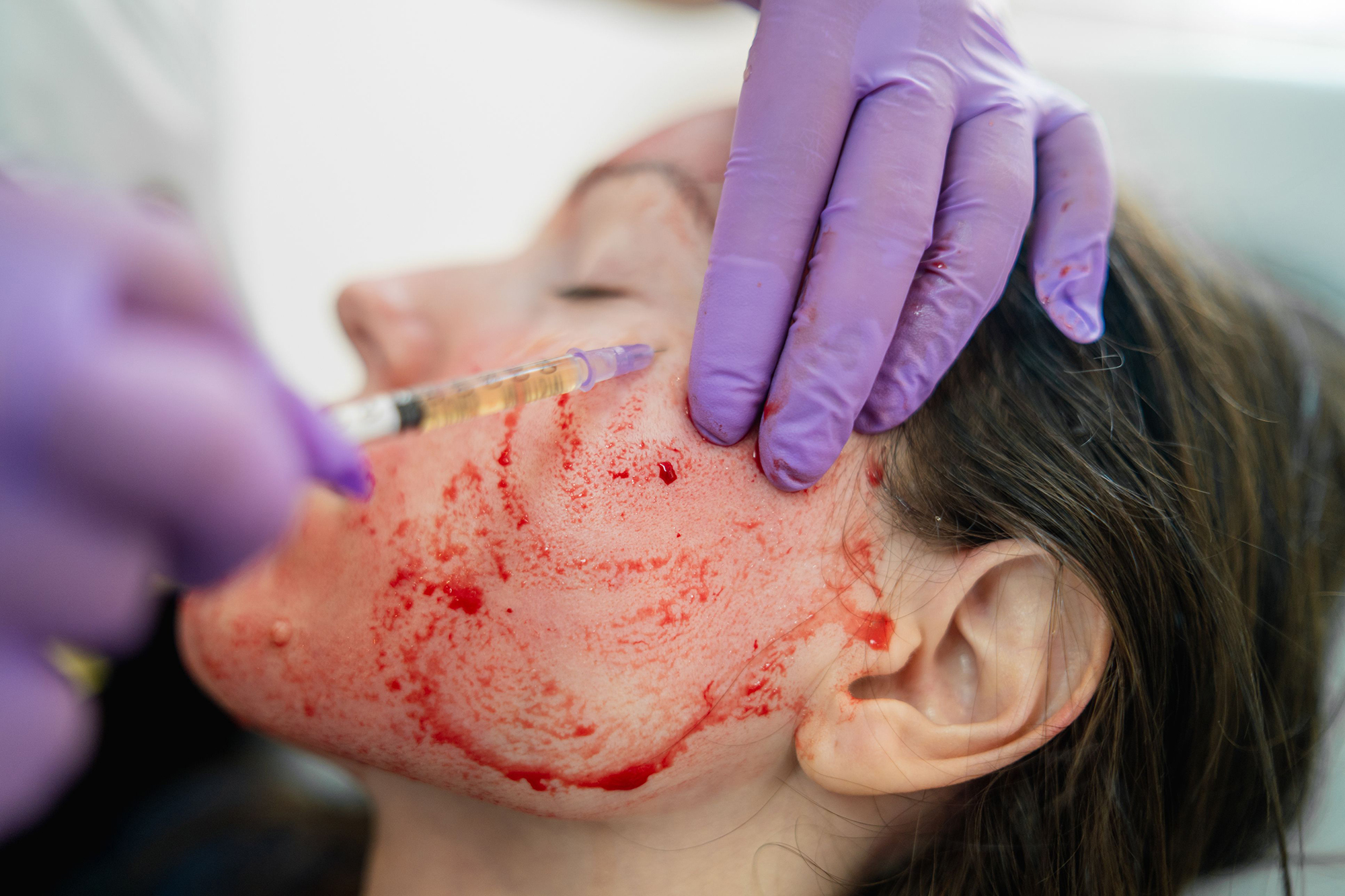 Vampire Therapy: The Extraordinary Treatment That Can Reverse Aging

Transfusing young blood into your body can reverse the effects of aging, improve your brainpower as well as your sex life. At first, you may think these claims about the benefits of so-called vampire therapy should be taken with a pinch of salt. Yet, research done by scientists at highly respected institutions such as Harvard University, appear to back up some of these assertions.

Vampire therapy is also behind several cosmetic beauty treatments endorsed by celebrities such as Kim Kardashian. Yet, what’s the truth about vampire therapy? Can injecting younger or treated blood make such a difference? Here’s more information about both the scientific and cosmetic sides to this latest trend that’s generated so much interest in recent months.

What is vampire therapy?

A small amount of blood is taken from a younger person and injected into an older person. It’s thought the younger blood has many health benefits that older blood has lost over time. Otherwise, the blood is taken from someone, processed to separate the platelet-rich plasma (PRP) and then this beneficial PRP is injected back into that same person. The blood can be injected into a specific part of the body such as, for example, to enhance facial skin or the vagina, or it can be transfused to improve someone’s general well-being.

Is there scientific evidence to support vampire therapy?

Researchers at Harvard University and the University of California carried out experiments by taking blood from young mice and injecting it into older mice. After the injections, the results showed improved performance in the older mice when they were subject to memory and learning tasks. Interestingly, transfusions from older mice into younger mice had the opposite effect. Data published in the Nature Medicine Journal indicated that structural, molecular and functional changes had taken place in the older mice after the transfusion of younger blood. Controlled studies are now taking place with humans to see if the same results can be reproduced.

How does vampire therapy work?

Although the exact reason why there should be a beneficial effect from this type of blood transfusion is still unclear, it’s believed natural chemicals in younger blood can rejuvenate the brain. One theory is the activation of a protein called Creb, which can help regulate certain genes associated with memory and aging.

Scientists also believe the injection of younger blood stimulates a protein called GDF11 which helps revive the stem cells in older mice. An additional study at Harvard found that injected blood restored this protein to more youthful levels. This was of particular interest since GDF11 is identical in both mice and humans.

Also known as a vampire facial, made popular by Kim Kardashian, this cosmetic treatment involves taking blood from the body, separating the plasma and platelets before injecting this platelet-rich-plasma back into the face. It’s claimed this procedure slows down aging and improves appearance by increasing collagen, the protein that keeps skin looking young and healthy.

Also called Rejuvula, this treatment is very similar to a vampire facial except that instead of injecting blood into the face, it injects PRP into the vaginal tissue. It’s claimed this makes the vagina tighter and rejuvenates the area. By doing this it enhances sensation and, in turn, increases the pleasure a woman feels during sexual activity, including more intense and frequent orgasms. This treatment is also said to be helpful to women who experience pain during sex and improves urinary incontinence. In general, treatment should be administered around once a year although some women have treatment every six months.

Vagina vampire therapy and vampire facials can take as little as 30 minutes to administer. PRP therapy is also used as a hair restoration technique and for scar reduction. Caution is advised with any new medical treatment such as this. Although there is no evidence of any detrimental effects to this procedure, the science behind it is still in its early stages.

What makes this vampire therapy initially so exciting is that, unlike many other treatments, there is a genuine scientific research that backs up some of its claims. It’s hoped that further tests carried out on humans could provide the basis for successful treatment of age-related impairments of the brain such as memory loss.